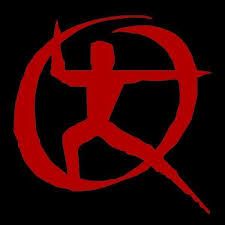 The Art of life Sanctuary  is not a one size fits all place of learning, it is unlike any other. Why, you ask?

Each member has their own unique set of strengths and weaknesses. Learn to empower yourself with confidence and control of life by exploring your limits and finding the best of your abilities.

Sensei Joel Dentoshi Iverson is the founder of the Art of Life Sanctuary,Way of the Shadow Wind. Mr. Iverson's path to the martial arts began in 1970, with various styles of martial art training under his belt, Jeet Kune Do, Kali,  Muay Thai and several animal arts from the Ta-Merrian  Martial Arts, his destiny ultimately led him to Ninjutsu.

Degree in Criminal Justice specializing in criminal investigations and Security.

Licensed by the State of Michigan to operate in the Criminal Justice Field, in Professional Investigations and Security.

Ninjutsu has become much more than an martial art,  it's a way of life.

Meaning behind the name

Art of Life:
The word Art, in this sense, means your creation, and Life means how you decide to live within that creation or in other words, this world.

Sanctuary:
The Sanctuary is a private dojo where one can come and be guided to develop that self-empowerment through our training; mentally, physically and spiritually.

Be the first to hear about upcoming class registration, special events, and free trials.

Way of The Shadow Wind

Learn to SURVIVE not just Self-Defense

If you have questions about the opportunities available to you in our program, send us a message. We will get back to you as soon as possible.

Copyright © 2020 Art of Life Sanctuary Way of The Shadow  Wind - All Rights Reserved.